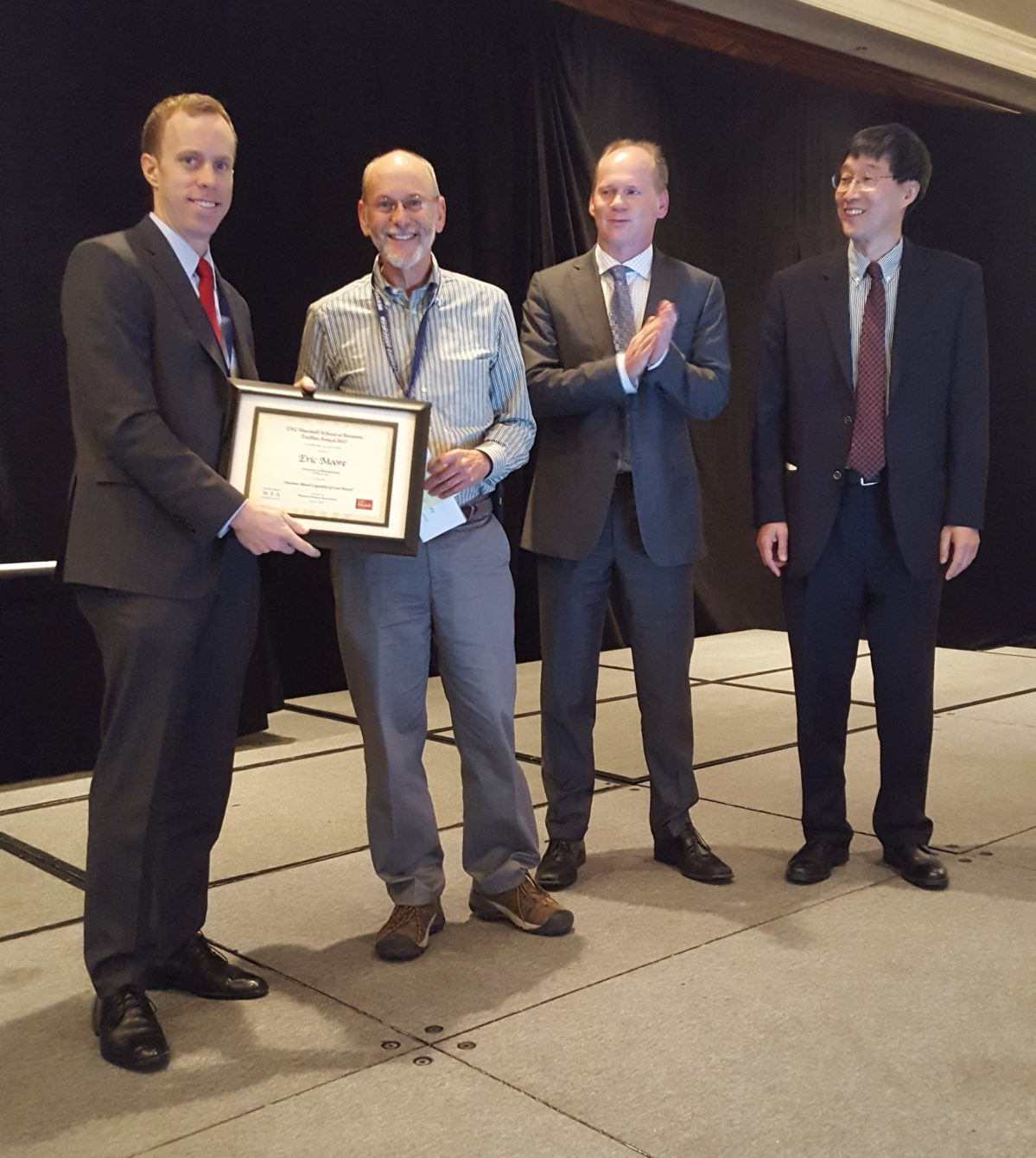 Founded in 1965, WFA is a professional society for academicians and practitioners with a scholarly interest in the development and application of research in finance. The WFA Meeting is one of the most selective conferences in the field of finance.

In addition to a $5,000 prize, Eric also received a student travel stipend to present his paper “Auction-based Liquidity of Last Resort” at the WFA Meeting in Whistler on June 27, 2017.  He also accepted the Cubist Systematic Strategies Ph.D. Candidate Award for Outstanding Research at the meeting.

In the paper, Eric studied the impact of auction-based emergency liquidity at the onset of the 2007-09 crisis. His empirical design uses the presence of binding capacity constraints in the Federal Reserves Term Auction Facility to isolate variation in short-term borrowing through this program. He found that the growth in marginal winners outstanding loan commitments is about 15 percent higher than marginal losers. This effect stems through more lending: marginal winners loan growth was about 8 percent higher than that of marginal losers.

He concluded that these effects arose despite the ability to replicate this auction-based liquiditys funding structure through the discount window, highlighting that banks would have relied considerably less on the Federal Reserve had the discount window been in place during the crisis.

Previously Eric was selected as one of five finalists for the 2016 BlackRock Applied Research Award, which recognizes the top job market paper submitted by PhD candidates on a practical topic pertaining to financial markets, economics, investment management or risk management.